Painting, driven by a surge of life, 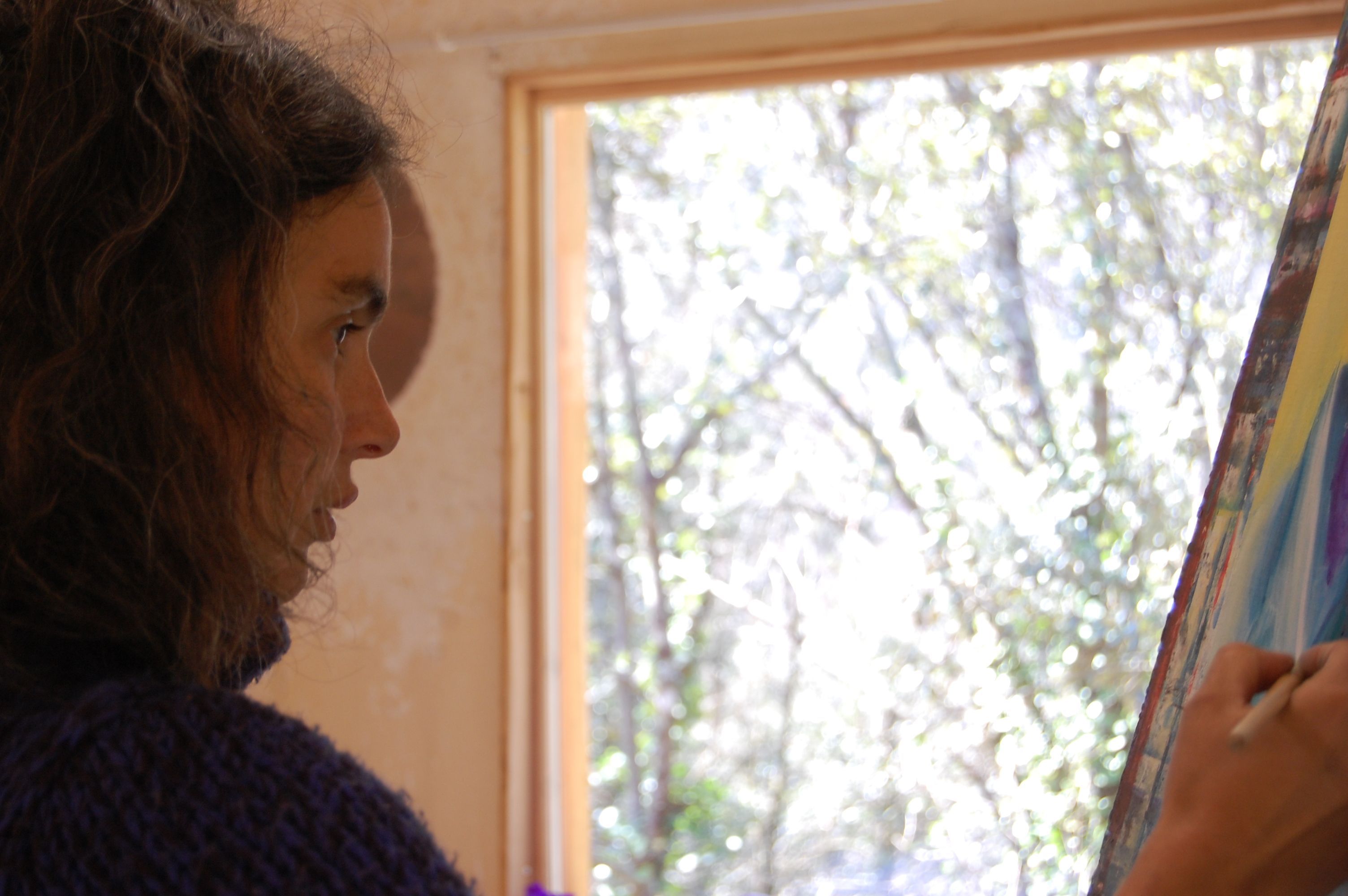 who wants to come out and be incarnate.
Let it be and be with it.
Creation is the breath of life...

It was given to me through dance,
who suddenly speaks up and opens a door:
that of the body connected to life,
to everything that is.
Breathing of the infinitesimal in front of the infinite.
Unfolding.

Then the calligraphy appears
as a response to a call for purity.
Discovery of the breath that penetrates the intimate,
of the momentum of the earth-powered center,
sensitive movement that rubs shoulders with the stars
to come to incarnate in the line.
Quest for presence, harmony, balance and strength,
in the service of a symphony of black and white...
listening to the unspeakable.

Until I met B. Seneca,
which leads me to explore painting as it relates to self-knowledge.
Further research that goes beyond the gush:
forming the eye, opening the heart, unfolding the being...
to meet and embody the living and creative forces,
make room for them.
Space of silence and solitude.
Space of the absolute.

How can we express this inexpressible space that inhabits us and connects us?
How to honour this pearl of beauty?
How to embody it, to give it the space to reveal it better on the canvas?

Infinite path
that leads to Love,
and to be.

Born in 1985 in Isère, frequented fine arts for children during her childhood.
2003, Discovery of dance and obtaining the bac S
2003/04, Montpellier University of Fine Arts (stops after one year because the approach is too conceptual)
2005/07, Performing arts practice (dance, theatre, street performance)
2005/15, Practice of Chinese calligraphy first with Didier Lecalvez then with Isabelle Baticle
2010/11, Shepherdess in the Alps
2012/..., Artisan of art in jewellery and leather goods
2013/16, Tai chi chuan teaching training, School of the inner way, Stevanovitch method. Licensed to teach since 2016
2016/..., Training in creation and transmission with Brigitte Séneca with engagement in painting and intensive practice
2018/..., Creation of a place of inspiration and beauty, dedicated to transmission and cultural events